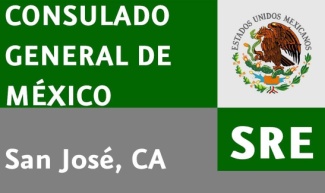 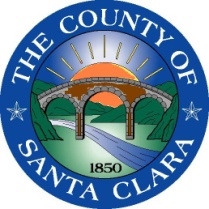 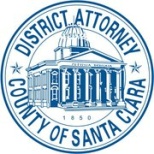 At the campaign launch, a documentary film, “Light in the Darkness,” featuring the 2008 hate crime in Patchogue, New York will be screened. The film is one of the documentary series produced by the “Not In Our Town” project.  After the film, community volunteer Jesse Castaneda will lead discussion for a film debriefing.  Jonathan Bernstein, Executive Director of Not In Our Town, will join in the film debriefing.

“The San José Police Department views all acts of hate crime violence or threats as serious and recognizes their detrimental effect upon victims and society in general,” said San José Police Chief Chris Moore. “We are committed to the thorough investigation of all cases of hate crimes or threats, in accordance with the countywide hate crime investigation protocol, and encourage all community members to report any such incidents.”

“Amid the economic recession, it is critical that we collaborate with new partners to make sure we can continue to improve our services to the community,” said Delorme McKee-Stovall, Manager of County of Santa Clara Office of Human Relations. “Through the collaboration with the Consulate General of Mexico in San José, we will create a channel making it easier to report hate crimes.”

“The IPA Office encourages anyone who is the victim of a hate crime or who knows of someone who is a victim, to contact the SJPD as soon as possible, said retired Judge LaDoris H. Cordell, Independent Police Auditor, City of San José. “Hate has no place in the City of San José.”

"When a hate crime is committed against a person, it is not that person alone who is the victim.  We are all victims because we all aspire to be treated with respect and dignity,” said Jeff Rosen Santa Clara County District Attorney.  “The Bible teaches us 'Do not oppress the stranger because you too were a stranger in a strange land.’  The District Attorney's Office will continue to prosecute hate crimes fairly and aggressively."

“Light in the Darkness,” the film to be screened, is a one-hour documentary about a town coming together against anti-immigrant violence. In 2008, a series of attacks against Latino residents of Patchogue, New York culminated in the murder of Marcelo Lucero, an Ecuadorian immigrant who had lived in the Long Island village for 13 years. Over a two-year period, the story follows Mayor Paul Pontieri, the victim’s brother, Joselo Lucero, and Patchogue residents as they openly address the underlying causes of the violence, work to heal divisions, and begin taking steps to ensure everyone in their village will be safe and respected.

The film is a part of “Not In Our Town,” a project that combines documentary series and campaign to help communities’ battle hate crimes. The project was launched in 1995 with a national Public Broadcasting program featuring how citizens of Billings, Montana joined forces to respond to hate crimes in their town. The story helped create a new “model” for community response to bigotry and intolerance. “Not In Our Town” and its follow-up programs have been used in hundreds of communities during times of crisis.