A jury this week convicted a San Jose Sureño gang member of first-degree murder after he brazenly shot a man to death last year at a busy intersection at the end of a rush-hour bike chase.

Jonathan Guzman apparently targeted his victim, 18-year-old Hugo Gutierrez, because he passed in front of a Sureño stronghold wearing a ponytail toward the top of his head – a hairstyle associated with the rival Norteño gang.

With immediate help from witnesses, San Jose police caught the killer about 15 minutes after the shooting.After a month-long trial, during which Guzman used his shackles to scratch his gang initials into his cell wall, ajury took only two hours Wednesday to convict him.

Deputy District Attorney James Cahan, who prosecuted the case, said: “Out of this horrific tragedy came excellent cooperation between our fine police and brave citizens. Officers caught the murderer minutes after the killing and the heroic conduct on the part of witnesses assured that justice was brought to bear.”

Just before 5 p.m., January 21, 2011, Guzman chased the victim, as they both rode their bicycles through the heavy traffic at Story Road and Capital Expressway. While pedaling, the 17-year-old fired his semiautomatic handgun at the victim. Finally bringing him down, Guzman stood over Gutierrez and executed him. Nine bullets struck the victim. Investigators later found ammunition fragments in the doorway of a nearby restaurant.

Responding to the shots, officers Nicholas Bronte and Frank Hagg drove to an elementary school that is a known hideout for the gang. Directed by witnesses, they came upon Guzman in the school’s field and caught him.

One outraged eyewitness drove his car to search for the shooter. He stopped to tell an officer who had someone in custody that he was not the shooter. He later came upon the real shooter, now in custody. That day, and in court, he and more than half a dozen other witnesses identified Guzman as the killer. 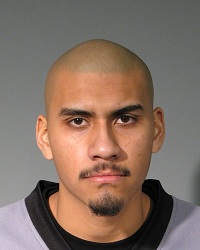 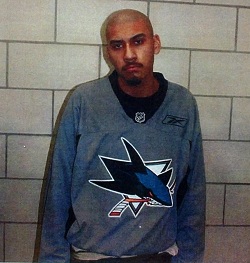