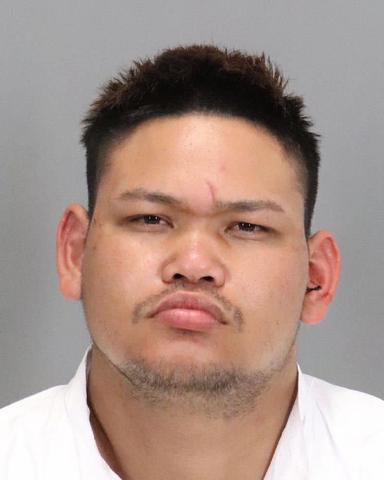 A San Jose man was charged today with intentionally lighting a fire that ended up destroying a Home Depot during business hours, causing millions of dollars in damages, and sending employees and customers running for their lives.

Evidence shows that Dyllin Jaycruz Gogue, 27, lit the fire in an aisle as he was trying to steal tools from the popular hardware chain store on Blossom Hill Road. The flames quickly enveloped and destroyed the entire 98,827 square foot store causing an estimated $17 million in inventory loss.

Gogue faces multiple felony arson and related charges. He will be arraigned at 1:30 p.m. this afternoon in Department 23 of the Hall of Justice in San Jose. If convicted, he will face prison time.

“I am thankful to all the law enforcement partners who quickly brought this person to justice,” District Attorney Jeff Rosen said. “And I am thankful this was not a multiple murder case. This fire – set during business hours – could so easily have left bodies in the rubble. It was horribly reckless behavior, and we will prosecute him to the fullest extent of the law.”

The fire began around 5:30 p.m. on Saturday, April 9. Evidence showed the suspect – who had earlier that day stolen items from a local Bass Pro shop - lit the fire and tried to leave the store with a cart containing tools. He was stopped by a Home Deport employee and fled in a person’s car. Later, Gogue continued the theft spree that extended to a nearby Macy’s.

If you have any information regarding the incident or the suspect and would like to report this information to the police, please contact Detective J. Lindenberg or Detective Joel Martinez at 408-277-4161.

“ATF’s National Response Team, or NRT, arrived at the scene of The Home Depot fire during the preliminary stages of this investigation. We provided our expertise of fire scene analysis to the San Jose Fire Department to determine whether the fire was incendiary (arson), accidental, or undetermined. ATF approaches every fire scene without any preconceptions, allowing the evidence to guide us to a conclusion. After examining all the evidence, ATF and our partners classified this fire as incendiary, meaning that it was intentionally set and is considered an act of arson. Arson is a dangerous act of violence which poses a significant threat to the community.” - Special Agent in Charge Patrick Gorman, ATF, San Francisco Field Division

The City of San Jose -

“I speak for a grateful city in commending the outstanding work of our Fire and Police departments in saving lives and rapidly identifying the suspect. The DA’s charging decision appropriately recognizes the gravity and severity of harm posed by the suspect’s actions.”  - Mayor Sam Liccardo

“This arson investigation is a great example of agencies collaborating and working together on a complex investigation with the common goal of identifying and arresting the person responsible for this fire. I’m proud of the first responders who acted bravely and swiftly to save lives and preventing additional property damage.”  - Chief Anthony Mata

“I am grateful to the over 100 San Jose firefighters and Public Safety Radio Dispatchers who responded quickly and performed effectively to protect residents and the environment. Thanks to the assistance of the ATF National Response Team, Santa Clara County Arson Task Force and other partners, our arson team was well equipped with the resources and expertise to quickly identify the origin and cause of this devastating fire.” – Chief Robert Sapien, Jr.