Skip to main content
NEWS RELEASE   FROM:
Jeffrey F. Rosen, District Attorney   CONTACT PERSON:
Kenneth Rosenblatt, Deputy District Attorney
Consumer Protection Unit
(408) 792-2572   For release on January 18, 2011    OPERATION “MOVE OUT” UNDERWAY;  SPECIAL TASK FORCE RAIDS FRAUDULENT INTERNET-BASED MOVING COMPANIES   After a year-long investigation prompted by numerous consumer complaints, a special task force organized by the Santa Clara County District Attorney’s Office and its Bureau of Investigation executed search warrants at the premises of three Internet-based moving companies. Task force participants include the Federal Bureau of Investigation, the U.S. Department of Transportation, the California Public Utilities Commission, Santa Clara County’s Department of Weights and Measures, the San Jose Police Department, the District Attorney’s Offices of Monterey and Alameda County, and the U.S. Department of Homeland Security, Immigrations and Customs Enforcement.   Wayne Allen, Eran Bar, Roni Hayon, Melissa Jiminez, and Adalinda Reyna-Mendoza have been arrested for theft-related offenses in connection with the investigation. Others are being sought.   The fraudulent movers offer low prices over the Internet, but increase the charges using various scams, including fraudulently “reweighing” goods and using extra packaging materials which are billed at exorbitant rates. The movers then hold the customers’ goods hostage until those consumers pay the inflated charges.   Deputy District Attorney Kenneth Rosenblatt, assigned to the Santa Clara County District Attorney’s Office Consumer Protection Unit, reminds consumers to avoid booking moving services over the Internet or accepting estimates over the phone. Rosenblatt offers the following tip: “Do not hire any company unless they come to your residence and give you a detailed written estimate of the cost of moving your possessions.” He also cautioned that since the companies investigated by the task force used names similar to large, and legitimate, moving companies, consumers should make certain that “what appears to be a nationwide mover is not just a fraudulent group with an internet connection.”   Consumers who believe they have been victimized by one of these companies should call the District Attorney’s Consumer Protection Unit at (408) 792-2880.   Below are four images of the couch in various stages of readiness to ship.   A couch ready to be strapped into a truck: 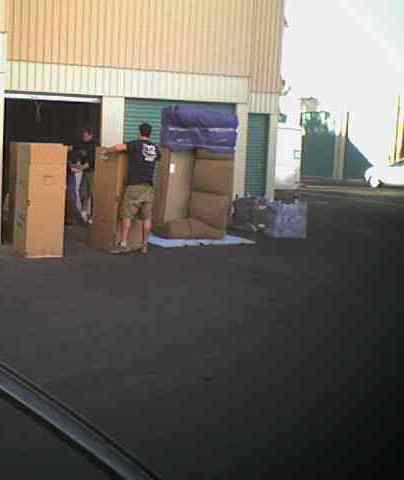 How to inflate a couch and the moving bill: 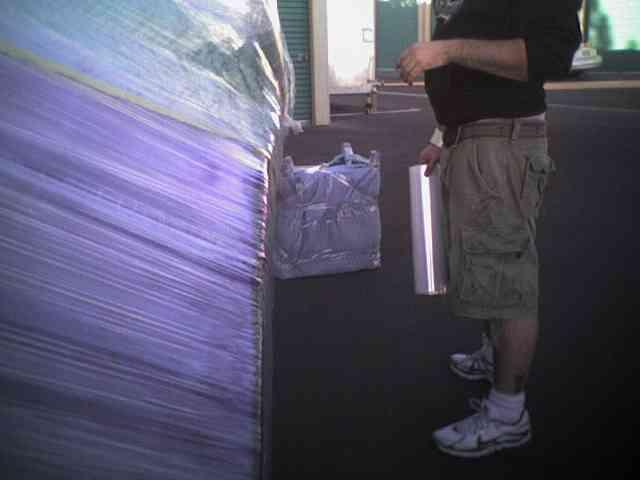 The wrapped couch, better protected than the Mars Rover: 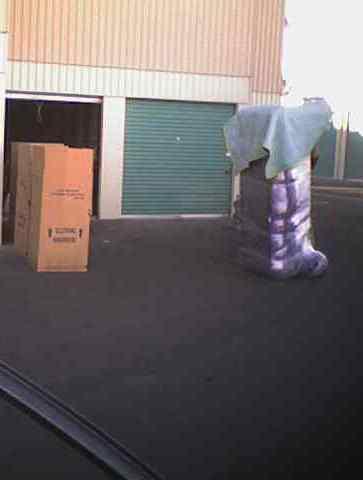 The couch after wrapping: 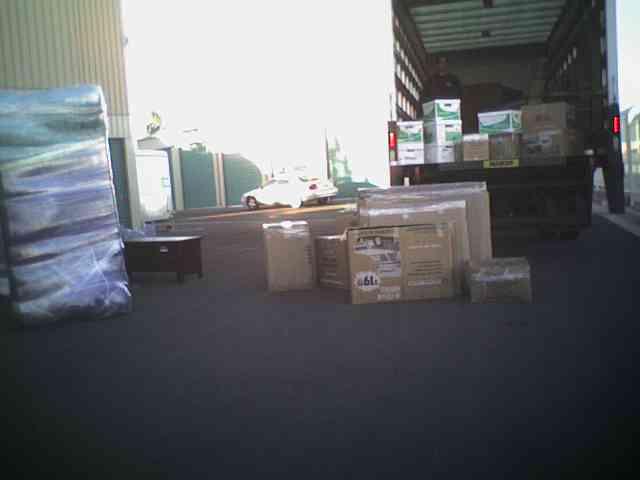