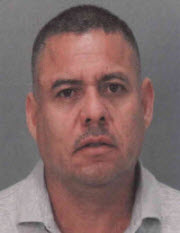 One of those arrested was San Jose’s Esdras Avila Carrillo, aka “Blanco” – who law enforcement believe is a high-ranking Cartel member responsible for millions of dollars in illegal drug trade throughout the Peninsula and the South Bay. During his arrest, Avila Carrillo attempted to disarm a police officer of his gun.   The investigation was nicknamed “Operation Five Degrees” - a name that refers to the multi-layered drug distribution organization that, by degrees, led law enforcement from small-time local dealers to a major ring that moves millions in illegal drugs from Mexico to Northern California and beyond.   “Mexican cartels are using Silicon Valley as a major artery for the flow of illegal drugs,” District Attorney Jeff Rosen said. “Prosecutors in my Office and law enforcement agents are working closely together to cut off this toxic flood. We will track, arrest and prosecute to the fullest extent of the law those who traffic narcotics in our community.”   The investigation by the U.S. Drug Enforcement Administration and the Santa Clara County District Attorney’s Office was sparked by the arrest and conviction of a local, low-level drug dealer in 2012. That case uncovered evidence which eventually lead to “Blanco” and an Elk Grove meth lab codenamed “The Store” that was manufacturing millions of dollars worth of the drug every month. Prior to this week’s takedown, more than 45 lbs. of methamphetamine, cocaine, and heroin, with an estimated street value of a half of million dollars were seized by law enforcement during traffic stops and other law enforcement operations.   Arraignments of the suspects, many facing more than 20 years in prison, will occur today and later this week.   DEA Special Agent in Charge Jay Fitzpatrick stated, “This drug trafficking organization distributed a variety of controlled substances throughout the South Bay Area and beyond. These arrests and seizures demonstrate the significance of cooperative law enforcement efforts which contributed to the overall success of this investigation.”