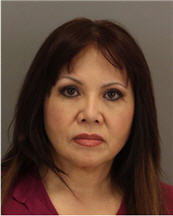 Already facing trial on charges that she defrauded a series of South Bay victims, a 53-year old San Jose businesswoman has once again been charged with real estate fraud. This time, Mai Vu is accused of bilking two elderly couples out of the hundreds of thousands of dollars in equity in their homes.    Vu was arraigned today, September 6, 2012, on felony charges including Elder Theft, Forgery of Deed Documents, Recording False Instruments and Grand Theft. If convicted of all of the charges, Vu faces an incarceration between 10 to 20 years.   Out of custody on a $400,000 bond for the previously-filed felony charges, Vu was arrested on August 31, 2012 by Santa Clara County District Attorney’s Office Investigators. The latest charges were the result of a joint investigation by the District Attorney’s Office, Campbell and San Jose Police Departments. After today’s arraignment, she is being held in custody on $10 million bail.   “Ms. Vu has audaciously defrauded vulnerable victims, again and again,’’ Cherie Bourlard, a prosecutor in the District Attorney’s Elder Fraud Unit, said. “We hope that her latest arrest will finally stop her predatory behavior and allow us to find others she may have victimized.”    A year ago, in August, Vu was charged with a series of scams in which she defrauded four victims, including the owner of a San Jose State fraternity house. On August 29, 2012, an elderly couple reported to San Jose Police that someone had recently forged a document to take over the title to their San Jose rental properties, worth about $1 million. Already investigating Vu for criminal activity, Campbell Police Department Investigator Fabian Ramirez revealed the alleged culprit. Soon after this, District Attorney investigators discovered that another elderly couple’s Milpitas residence had been transferred to Vu. Vu had secured a loan of $250,000 from a private investor, using “her” home as collateral, according to the charges. Records show after Vu received the money, she recorded false documents conveying title back to the elderly couple, ultimately leaving the private lender on the hook for the $250,000.       Investigators believe that when Vu learned that authorities were on her trail, she attempted to confront the elderly couple in Milpitas. After securing a no-bail arrest warrant, DA Investigator Dennis Brookins went to her San Jose home to arrest her. As he approached her door, she ran out the back and slipped through the backyard fence into a neighbor’s property. She was immediately apprehended by nearby SJPD officers. She was still wearing her electronic ankle bracelet – a bail requirement for her previous arrest. Anyone with additional information about Vu, can contact the District Attorney’s Office Real Estate Fraud Unit at (408) 808-3787.